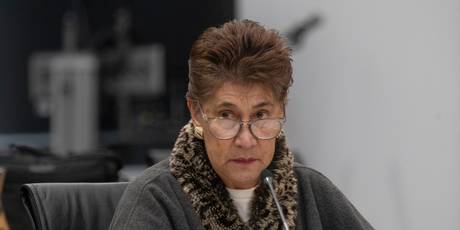 Whānau Ora Commissioning Agency chairwoman Merepeka Raukawa-Tait has hit back at George Ngati who claimed legal action against his Auckland clinic that operates under the banner of Whānau Ora Community Clinic had been withdrawn.

On Wednesday, Ngatai and his wife Raewyn Bhana – directors of the Whānau Ora Community Clinic – issued a statement advising the commissioning agency had dropped its legal action against his clinic over its name.

“The Whānau Ora Community Clinic is delighted that Te Pou Matakana (Whānau Ora Commissioning Agency) has dropped the injunction application filed against us, and paid our costs,” the statement said.

“We have always thought it was misconceived to seek an injunction preventing us from using Whānau Ora in our name in connection with our work in the healthcare and wellbeing sector.”

“Our lawyers were well prepared to defend us against the injunction on 5-6 December in the Wellington High Court, but now we don’t have to.

“That has now been agreed and paid. The substantive proceeding remains on foot but without urgency, we do not know when this will be heard by the Court”

But Raukawa-Tait said Ngatai was being mischievous.

“Mr Ngatai is most misinformed about the Whānau Ora Commissioning Agency dropping any legal action against him and his multiple companies.

“We sought an urgent injunction to clearly raise our deep concern about some Māori businessman seizing wrongly on the good name promoted by mandated Whānau Ora partners up and down the motu .

“We rightly agreed that an interim injunction be withdrawn and a formal two week trial next year occur .

“Mr Ngatai is aware of this and readers can draw your own conclusions about his press release.”

At the heart of the legal standoff is the use of the Whānau Ora name and brand.

“We want to ensure Whānau Ora is associated with providing the best services for Māori and we are trying to protect the Whānau Ora brand,” Raukawa-Tait said when WOCA filed legal proceedings in August 2022.