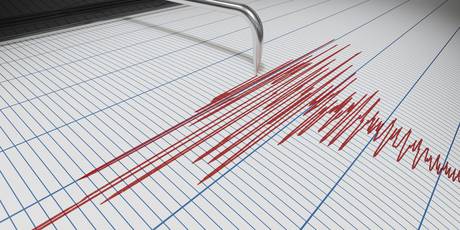 A 5.8 magnitude earthquake has been felt in Wellington and throughout Central New Zealand tonight.

One resident of the capital described it as “a good shake”.

According to GeoNet’s website, the quake had a magnitude of 5.8. It struck 30km northeast of French Pass at 9.07pm at a depth of 51km.

The quake had been reported as being felt by just under 23,500 people by 9.20pm, according to GeoNet’s website, with 15 of them reporting “extreme” shakes.

Geonet called it a “strong earthquake”.

A Fire and Emergency spokesperson based in Wellington felt the quake and said “it got very strong and then petered off”. It lasted for just under a minute, she thought.

Whanganui Chronicle’s Sue Dudman reported “lots of noise and rock’n’roll” in the city.

That was a horrible shake.#eqnz

Did my usual sit on edge of the couch ready to get up but not actually get up for that one. Unusual to feel in Hatiatai, so def a biggie. #eqnz

Heard it coming well before we felt it in Whanganui

“The quake was 225km deep and the shaking was weak close to the quake,” GeoNet said.

Many in Puerto Rico, Dominican Republic remain without power or running water as storm heads for Bermuda Vibesbullet