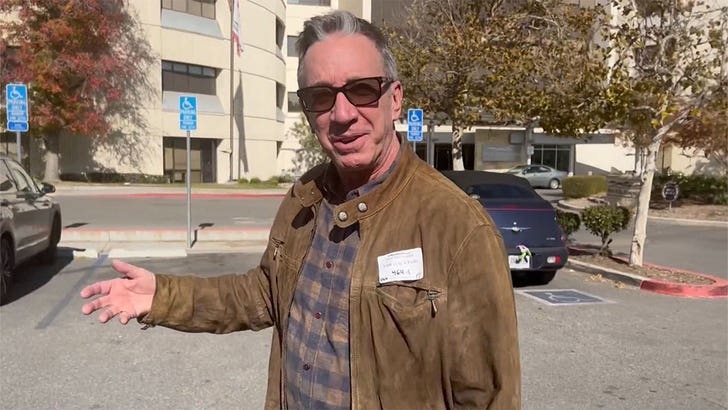 Tim Allen just got done visiting Jay Leno in the hospital … and he says his close friend’s face isn’t going to be disfigured by severe burns suffered in a car fire.

Tim saw Jay at the Grossman Burn Center in West Hills, CA Thursday and talked to the paparazzi on his way out … telling photogs Jay is feeling better after suffering deep burns to his face, hands and chest. 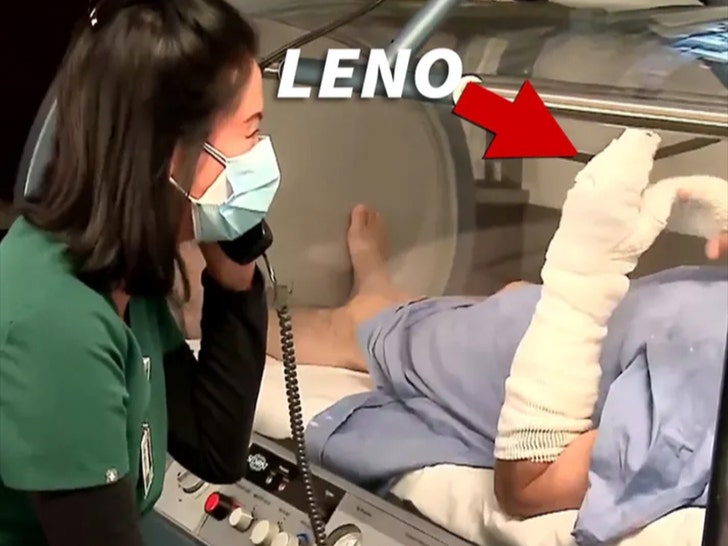 Jay seems to be in good spirits in the hospital, despite undergoing treatment in a hyperbaric chamber for his burns … Tim says Jay was happy and they cracked some jokes. Hey, laughter is the best medicine, right?

TMZ broke the story … Jay got burned bad over the weekend when a car erupted into flames while he was working on fixing a clogged fuel line on his 1907 White Steam Car in his Burbank garage.

Jay’s not shying away from cars despite the incident … Tim says he brought JL some car magazines to pour over during his recovery. 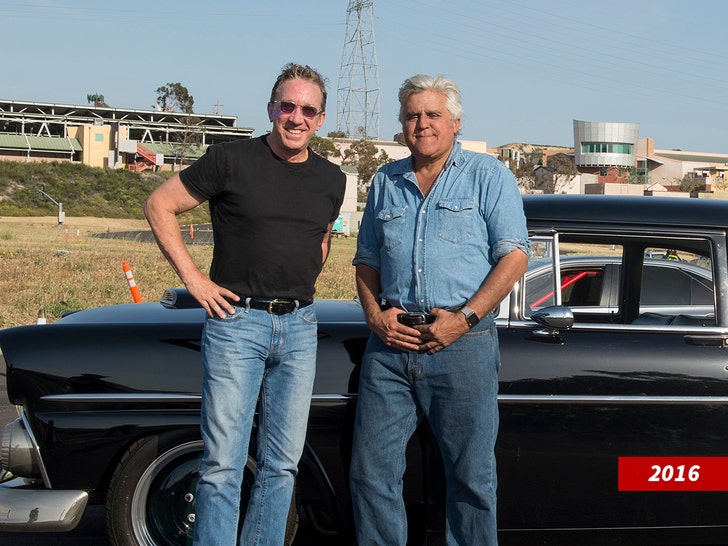 Tim was in good spirits too, which probably says a lot about Jay’s status … joking his buddy is going to look like George Clooney when all is said and done.