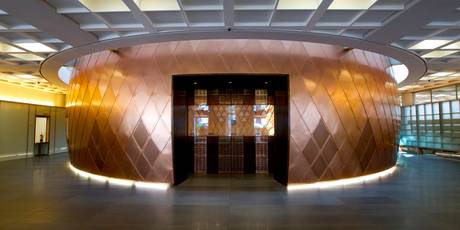 An appeal to lower the voting age to 16 has been accepted by New Zealand’s highest court – but only Parliament can decide if the law will change.

In the Supreme Court today, Justice Ellen France and Justice O’Regan ruled that an earlier decision by the Court of Appeal to decline the case of the Make it 16 group should be set aside.

Justice France told the court it was inconsistent with the Bill of Rights to not allow 16-year-olds to vote, and that the decision of the Court of Appeal was overturned.

There were tears from members of the Make it 16 group in court, who have been campaigning for years to have the age lowered.

Justice France said not allowing 16-year-olds to vote was “inconsistent with the bill of rights to be free from discrimination on the basis of age”.

The decision follows from one in the Court of Appeal in 2021, which found there was age discrimination and the Government couldn’t justify that discrimination.

A declaration of inconsistency was declined, however, on the grounds that it was a “quintessentially political” issue.

Make it 16 was granted leave for its case to be heard in the Supreme Court in April 2022 after the group failed its efforts to have the voting age lowered in the High Court and Court of Appeal in 2020 and 2021.

Make it 16 argues its case is a human rights issue.

The group claims that preventing 16- and 17-year-olds from voting is “unjustified age discrimination”, which is inconsistent with the Bill of Rights.

In the High Court in 2020, the judge found that the voting age restrictions were reasonable limitations on the right to be free from age discrimination under section 5 of the Bill of Rights.

The Supreme Court granted leave to answer the question of whether the Court of Appeal was right to dismiss the case.

The group, formed in July 2019 by youth activists above and below voting age, is advocating for “more people’s voices to count in our democracy”, according to their website.