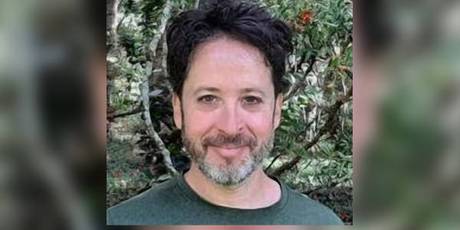 Joe Moncarz, the former principal at Deep Green Bush School in Auckland, has been charged with sexual abuse of a child. Photo / Supplied

Just days after Auckland private school principal Joseph Jacob Moncarz was accused by a student of repeated sexual abuse, a parent volunteer who considered herself a long-time supporter of the educator met him at Duder Regional Park for what she hoped to be a heart-to-heart conversation, she told jurors today.

“I wanted it not to be true,” she testified.

But what followed was a confession followed by blithe remarks about the potential legal consequences, she recalled.

“I said, ‘You might go to jail, Joey,’” she said today, adding that Moncarz replied, “Well, I’m a white male first-time offender.”

She said he added: “Will you bring me chocolate and cigarettes to trade in prison?”

Moncarz, whose trial began on Monday in Manukau District Court, has pleaded not guilty to the eight charges he is facing regarding a girl who was under the age of 12.

“I think he’s lying,” the adult witness responded today. “I think he’s a paedophile. He’s trying to get out of going to prison.”

Moncarz, 51, helped establish the Deep Green Bush School in Clevedon, South Auckland, in 2017. He served as principal, head teacher and even bus driver at the unique nature school, which is no longer in operation.

The parent volunteer recalled for jurors today how she was at the school on the day Moncarz’s accuser made an outcry.

The volunteer said she took the child to a nearby paddock and asked her if Moncraz had been touching her inappropriately. The child said he had.

For several days after the incident, the woman said Moncarz denied all the allegations. But then he contacted her and asked to meet at the park, she said.

“I wanted to know the full story,” she testified. “I told him that he could trust me and I wouldn’t tell anyone.”

What followed was a series of questions and answers as they wandered down the park’s path, starting with if the child’s accusations were true.

“He said yes,” the woman said.

She then recalled asking, “Did you touch her on her skin?” before following up with a series of more specific, explicit questions.

He acknowledged he had been aroused by the touching, she said.

“The next morning, I woke up and I called Joey and said, ‘I am going to tell police everything you told me and I think you should too,’” she testified, adding that the defendant then pleaded with her not to do it.

“I trusted you,” she recalled him saying. “I’ll be ruined.”

The woman said she encouraged Moncarz to let her drive him to the police station so he could tell them what he told her.

“He said, ‘Let me call my lawyer right now,’ and then I never heard from him again,” she said.

The woman appeared in court via audio-visual feed because she is isolating at home with Covid-19.

The defendant’s name suppression lapsed yesterday, but other aspects of the case remain under suppression.

The trial is set to continue tomorrow before Judge Nick Webby.