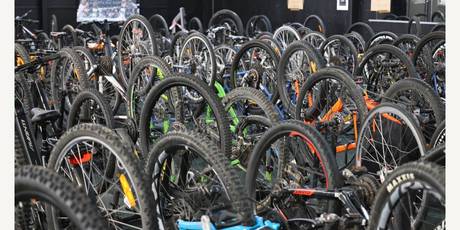 Police have restrained 15 Wellington properties belonging to two people allegedly involved in an organised burglary ring that has seen items worth hundreds of thousands of dollars recovered.

Three people are facing charges over allegations of an organised burglary ring and police say 3000 items have been recovered.

The Wellington High Court has granted restraining orders under the Criminal Proceeds (Recovery) Act against 15 properties as part of the Operation Trump Card investigation.

“The value of the 15 Wellington-based properties involved is still being worked through but is expected to be in the millions,” said Acting Detective Senior Sergeant Alex Macdonald of the Asset Recovery Unit.

“This should send a clear message that the Asset Recovery Unit does not just target gangs, but anyone who wishes to profit off crime and cause harm to our communities.”

The Criminal Proceeds (Recovery) Act essentially forces someone to prove legitimate acquisition or purchase of the goods in question, and where the money came from.

Restrained assets not meeting the threshold of legitimate purchase could be forfeited – legal ownership transferred to the Crown – on the civil standard of proof, “the balance of probabilities”. This was a lower level than the criminal standard of “beyond reasonable doubt”.

Those assets were then sold, and the proceeds were distributed to police and other agencies.

Among the thousands of items recovered with Operation Trump Card were 285 bicycles, 950 power tools, 695 pieces of tapware and mixers, two baths and construction gear, police said.

Police are now seeking owners of these goods.