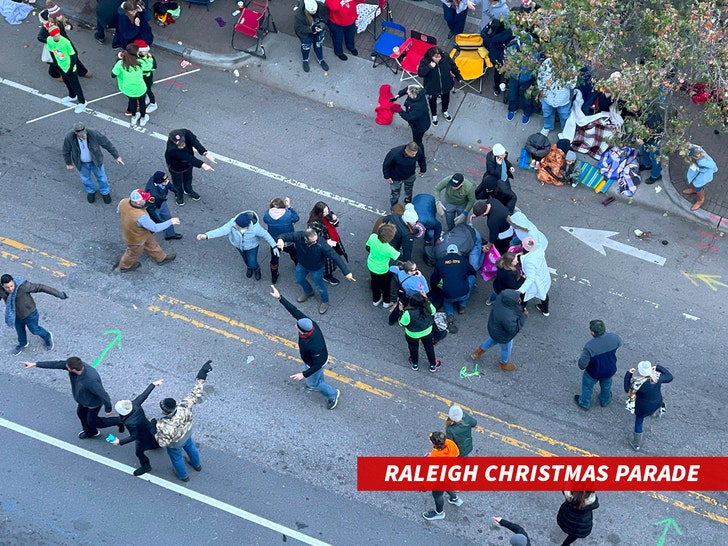 A truck that had malfunctioned during a parade route in North Carolina hit a young woman in a freak accident … only to have been stopped in its tracks by a group of brave men.

This incident went down Saturday morning near downtown Raleigh, where the annual Christmas parade was being held. Around 10:25 AM ET, a lifted pickup truck that was pulling one of the floats failed to slow down as it was trailing a dance group full of young people.

The driver was reportedly blasting his horn and shouting at people to clear the lane, as he had lost control of the vehicle and couldn’t stop. It seems the brakes may have failed.

Videos of the truck wading through is absolutely terrifying, as no one seems to know what’s going on or if it’s part of the parade or not. It definitely wasn’t … and the truck rolled on and began picking up speed. Some of the dancers were reportedly as young as 5 years old.

When a truck lost control and collided with someone during the Raleigh Christmas Parade, at least one person was injured.

Reports say the truck started to hit a downhill area just after the intersection of Hillsborough Street and Boylan Ave. — and after the crowd realized what was happening … cops and other bystanders sprung into action, running in front of the truck and pushing back on it.

About 6 men, including 2 cops, halted the truck to a standstill … at which point the driver was able to exit. Some damage had already been done though — at least one girl, who was with the dance troupe, was struck and hospitalized. The extent of her injuries are unknown. 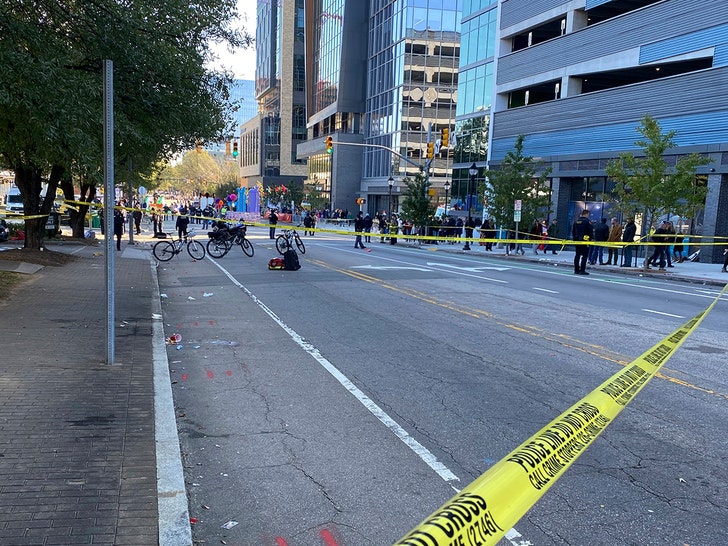 The rest of the parade was canceled and an investigation is underway.