The pairing between Mark Zuckerberg and Priscilla Chan seems like something from one of those romance movies from the early 2000s. During a bathroom line at a college party, the Facebook founder fell in love with Priscilla, his future wife.

Their love story began in 2010 when the couple shared a house, later got married in a backyard ceremony, and welcomed two girls into the world. The adoration and support they have always shared have never wavered through the incredible highs and even more brutal struggles they have endured together. 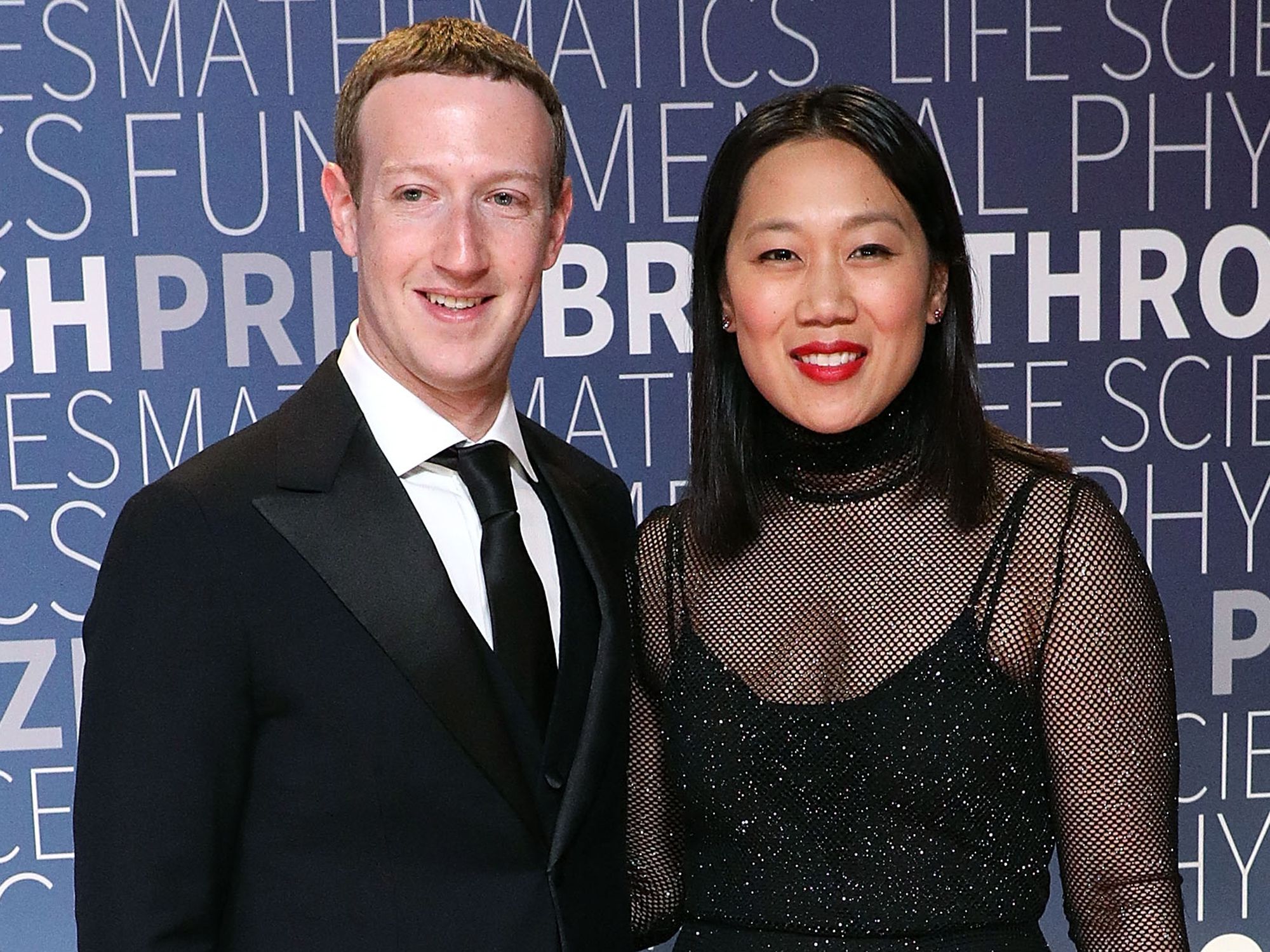 Earlier this week, the couple revealed they expect their third baby, a girl. Having been a girl dad all his life, Zuckerberg loves the role of being a father of girls, but he is concerned about the potential implications that being a public figure will have on how his daughters perceive him when they grow up.

Throughout his life, his family has motivated him to strive to be a better man and make a positive difference. Here’s everything you need to know about Mark Zuckerberg and Priscilla Chan’s relationship, philanthropic work, and precious snuggles.

In 2003, Mark Zuckerberg And Priscilla Chan Met For The First Time 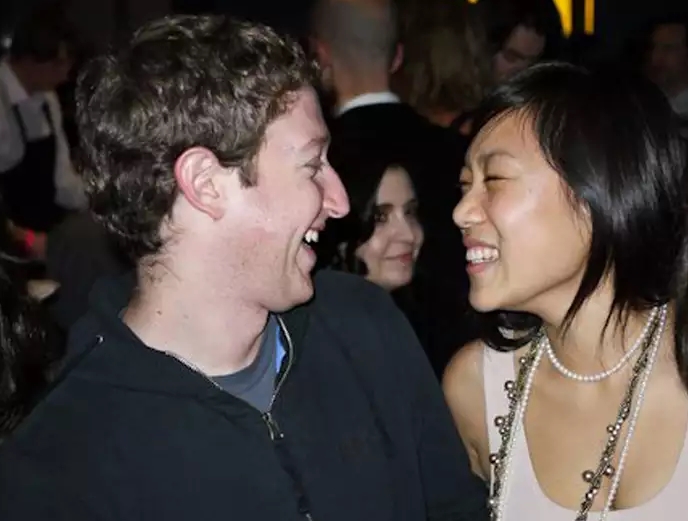 It is no secret that Zuckerberg and Chan were college sweethearts. During her first encounter with Zuckerberg, she attended a party at a fraternity to which he belonged. When the two Harvard students were in line for the restroom, they bumped into one another and were chatting immediately. After a couple of months, the couple decided to go ahead and formalize their relationship.

During his studies at the University of California, San Francisco, Chan, who was studying to become a pediatrician, moved into the home of Facebook founder Mark Zuckerberg in Palo Alto, California. Zuckerberg took to Facebook to announce the news.

The Day After Facebook Goes Public, In May 2012, Priscilla Chan And Mark Zuckerberg Marry In A Surprise Outdoor Ceremony 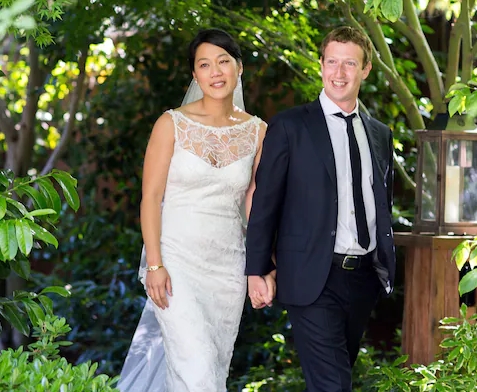 In May 2012, the couple had a lot on their plate. On top of that, Facebook was made public. The couple also exchanged vows in a private ceremony with family and friends who had been given a notion that the event commemorated Chan’s graduation from medical school. Instead, it was a backyard event in Palo Alto right in front of their house.

In a nod to their first date, they hired a Palo Alto restaurant that has become the couple’s favourite. For dessert, Burdick Chocolate provided dessert in the shape of mice as a nod to the couple’s very first treat.

Announcing The Chan Zuckerberg Initiative And Welcoming Their First Child Together On December 1, 2015 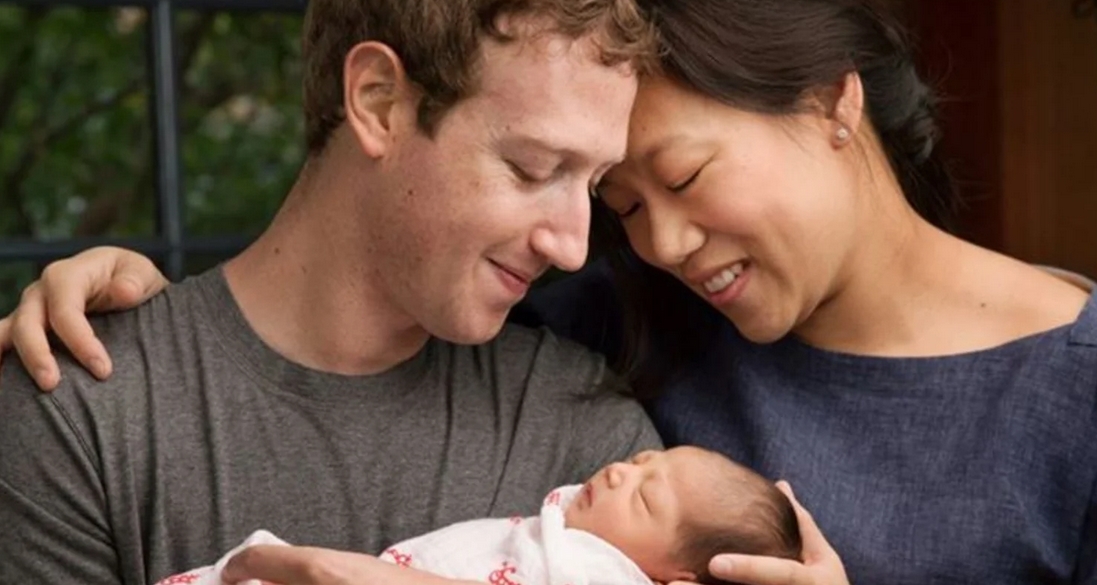 Announcing his first child in the form of his daughter Maxima “Max” Chan Zuckerberg, the new father announced the birth on December 1, 2015, on his Facebook page. In celebration of her, the couple also launched the Chan Zuckerberg Initiative, a nonprofit organization that aims to improve education and cure diseases by donating most of their resources. 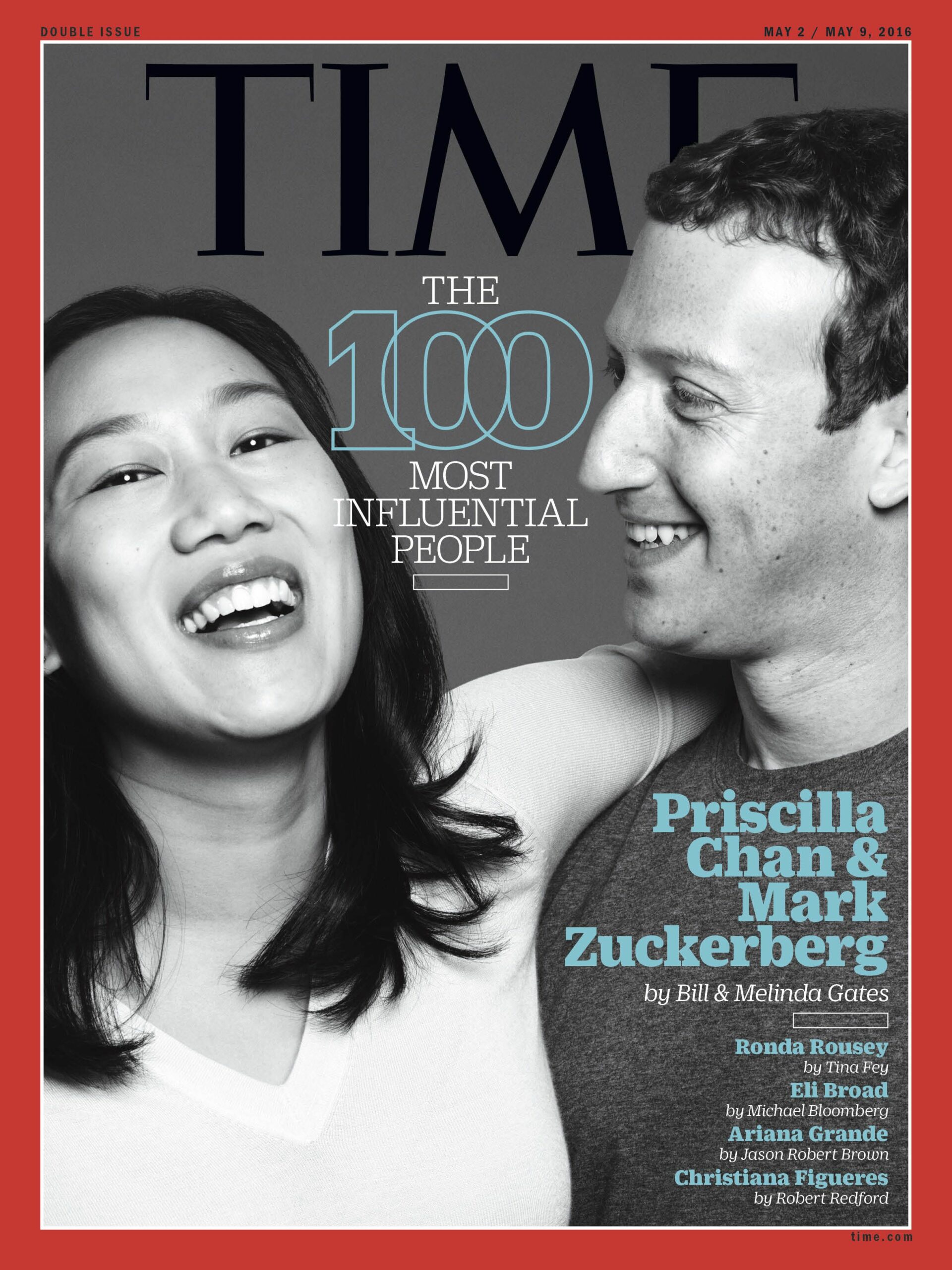 A list of the most influential people in the world was published by TIME in 2016 and included Zuckerberg and Chan. In addition, the tech entrepreneur posted an entire post dedicated to her on Facebook.

“Most days, Priscilla works outside the spotlight in the hospital or the classroom. This is the first time she’s on the cover of a magazine,” Priscilla wrote along with a picture of the cover of the 2016 issue. “I’m looking forward to the world getting to know the strong, kind, compassionate person I love so much.”

In the aftermath of Max’s arrival, Chan discussed her decision to speak publicly about her pregnancy experience, including the miscarriages she suffered during her pregnancies, with Today host Savannah Guthrie.

“Sharing our experience with pregnancy was incredibly important because we realized how challenging and difficult that was, and there are really dark moments where you think you’re alone,” Chan further elaborated.

It is expected that Zuckerberg’s children will be able to speak more than one language as they grow up. So as of December 2016, he introduced a new A.I. called Jarvis, named after the character J.A.R.V.I.S. from the Marvel universe. It facilitates the running of their household and enables their daughter Max to learn Mandarin. Morgan Freeman voices the app, which notifies a parent when their daughter moves and speaks Mandarin to them when Max is present at the time of the notification. 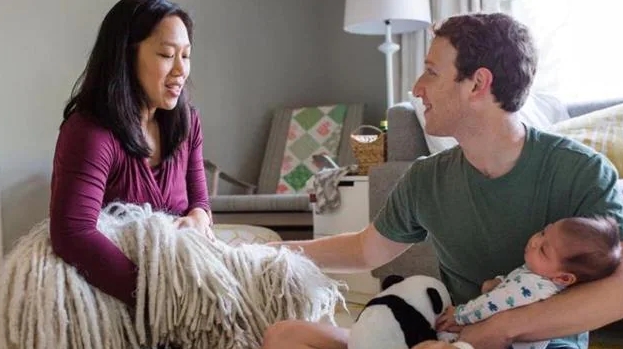 After experiencing difficulty conceiving the couple’s first child, the couple announced in March 2017 that their daughter, Max, would have a sibling after experiencing problems trying to conceive. “We weren’t sure what to expect or whether we’d be able to have another child,” Mark Zuckerberg wrote on his personal Facebook page.

Harvard Hosts Mark Zuckerberg And Priscilla Chan On May 24, 2017 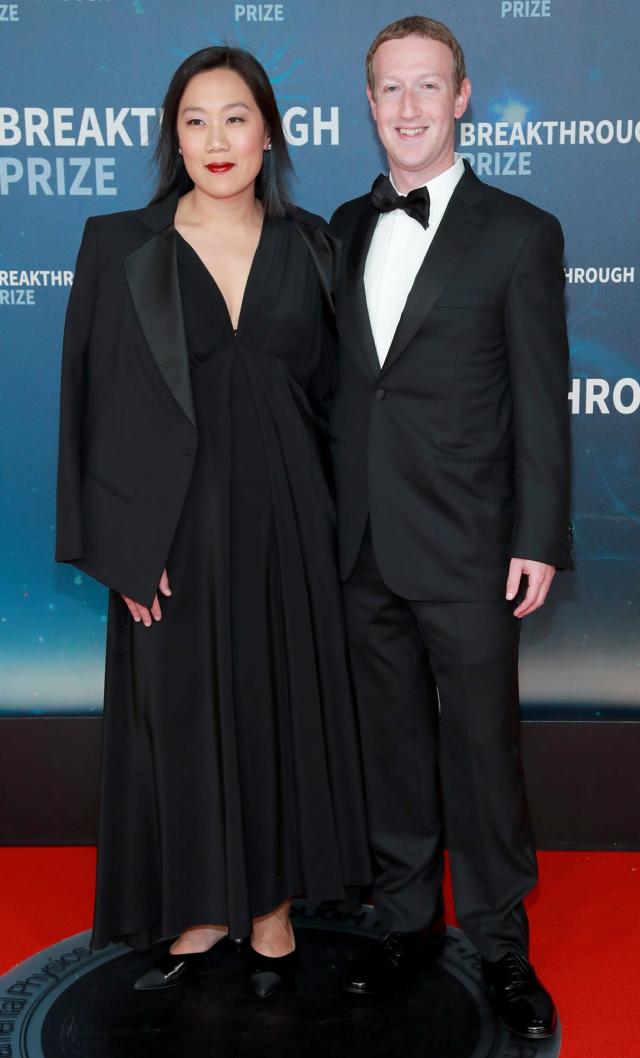 Taking followers on a tour of Kirkland House room H33, which he shared with his wife, whom Zuckerberg met at Harvard, Zuckerberg reminisced about his time at Harvard.

A Second Daughter Is Born To Mark Zuckerberg And Priscilla Chan On August 28, 2017 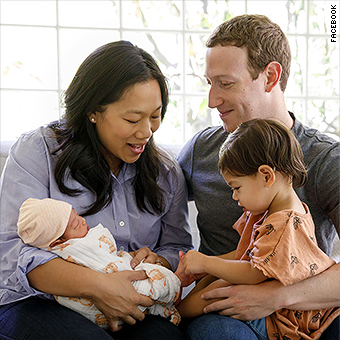 A daughter, August Chan Zuckerberg, was born to the couple on August 28, 2017. She is the couple’s second child together. Facebook founder Mark ‘Zuckerberg’ shared a picture of his family and a handwritten message to his new child.

The Couple Send Their Eldest To Preschool On January 17, 2018 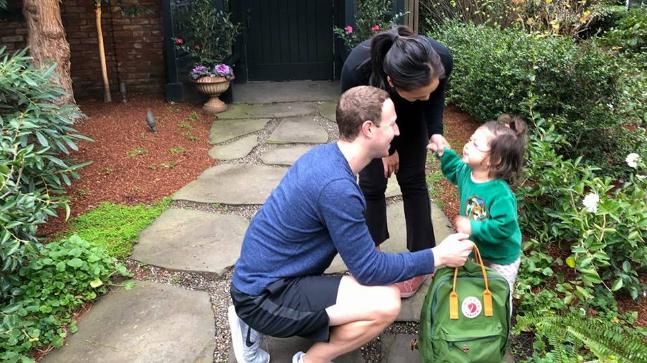 As of January 2018, Max has started attending school on a full-time basis. In a sweet photo, Zuckerberg and Chan congratulated Max on his first day of school as they shared a sweet message on the big day.

“First day of preschool,” Mark Zuckerberg wrote alongside a photo of Max in a turquoise sweater, white tights with a white pattern, and a green backpack. “They grow up so quickly.”

A New Invention Unveiled By Mark Zuckerberg On April 208, 2019 That Helps Priscilla Chan Sleep At Night

In his announcement of the Sleep Box, Zuckerberg introduced a light filtering tool that will allow Chan to sleep peacefully overnight. Since Chan became a mother, she has struggled to get enough sleep, making it difficult for her to cope with her new role.

Priscilla Chan And Mark Zuckerberg Celebrate Their Seventh Wedding Anniversary In Greece On May 17, 2019

They were in style while celebrating the couple’s seventh wedding anniversary. A selfie taken by Zuckerberg and Chan during their trip to Greece marked a noteworthy milestone. The caption of the photo on his Instagram account reads, “Celebrating seven years of happy marriage at the temple for the goddess of wisdom,” he wrote. While visiting the Parthenon in Greece, the pair can wear sunglasses and smile as they pose for the camera.

As soon as Zuckerberg and Chan saw many teachers requesting classroom supplies through DonorsChoose, they acted immediately. The two teamed up through Kickstarter to promote the Chan Zuckerberg Program. Together, they contributed $1.2 million, which benefited teachers in a total of 36 states. As a result, the collaboration. 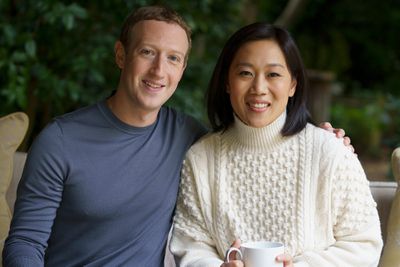 It’s pretty simple for Zuckerberg and Chan when managing their young daughters’ screen time. Regarding watching T.V. or playing computer games, there is a limit on the number of time children can spend on screen time, but if they use it to communicate with their families, they have a little more leeway.

Mark Zuckerberg And Priscilla Chan Talk About How They Raised Grounded Daughters On December 4, 2019

There is no doubt that Zuckerberg and Chan work hard to ensure that their children grow up in a stable environment where chores are integral to everyday life.

“Well, I think, first of all, we don’t give them everything,” Mark Zuckerberg told reporters. “That’s an important piece, but they also just have responsibilities.”

“They have chores. They have responsibilities,” Chan began to chime in. “We also take them to work. Mark and I take both of them to the office to see what we do, how we contribute.”

Priscilla Chan And Mark Zuckerberg Recreated Their Wedding Photos For Their 10th Anniversary On May 23, 2022 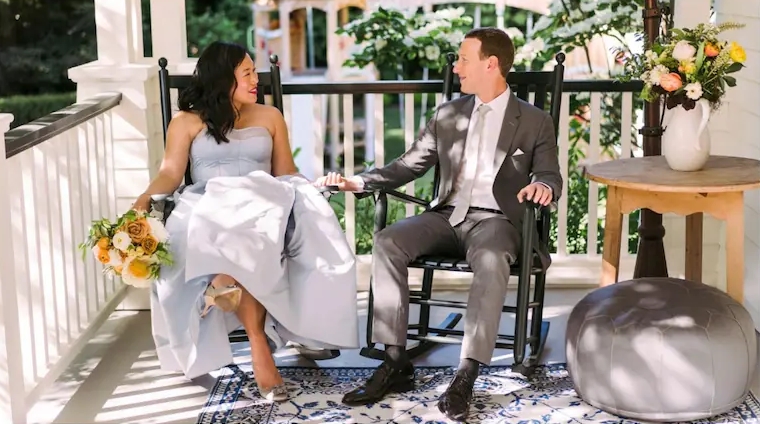 It was the couple’s 10th wedding anniversary, and to commemorate the milestone, they recreated one of their most memorable wedding photos. The billionaire Facebook founder wrote beside a photo of himself and Chan seated together, captioned, “10 years married and half our lives together. Here’s to more adventures.”

On September 21, 2022, Priscilla Chan And Mark Zuckerberg Announced They Would Be Having A Third Child 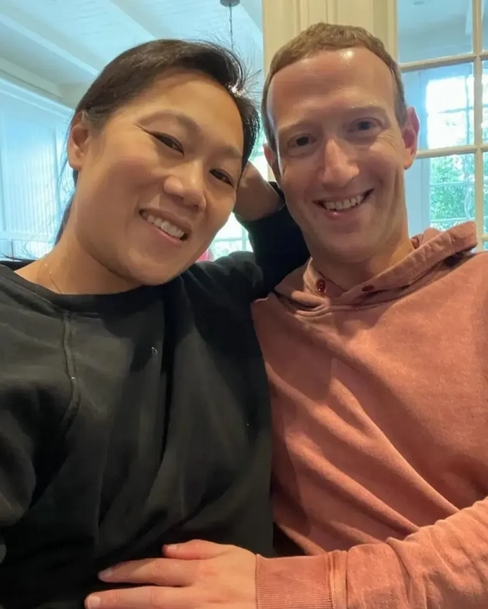 In an Instagram post posted in September 2022, Zuckerberg announced that he and his wife would be expecting their third child.

The tech tycoon wrote alongside a sweet photo of the couple shown in which Chan is holding his hand over the pregnant tech founder, “Lots of love. Happy to share that Max and August are getting a new baby sister next year!”

As this new year begins, Chan and Zuckerberg are on their way to growing their family from four to five. Hopefully, they will have a happy and healthy future ahead of them.