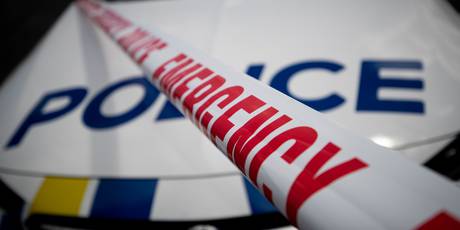 Nightclub shooting in Colorado, significant moves by our Government in Eastern Europe and calls to boycott the FIFA World Cup in the latest New Zealand Herald headlines. Video / NZ Herald

A man was seriously injured in a violent bashing by intruders seeking alcohol and his wife has been left traumatised.

Now, Gisborne police are appealing for the public’s help to find the offenders.

At 9.30 pm on Saturday, November 19, the couple in their 60s were at their Parkview Place home in Riverdale when a dark-coloured large car or people mover reversed into their driveway, detective senior sergeant Mark Moorhouse said.

“Four men, described as between the age of 18 and 20, got out of the vehicle and confronted the man at his front door, demanding he gives them alcohol.

“When the man said he had no alcohol, he has been set upon by all four.”

Moorhouse said the victim was hit over the head with a bottle and punched and kicked several times.

“Police are appalled at the level of violence that has been inflicted on this man in his home.”

The man was later taken to Gisborne Hospital, where he was being treated for serious head injuries and broken ribs, Moorhouse said.

“He is in a stable condition.

“The man’s wife was uninjured in the attack, but understandably it has left her severely traumatised.”

Moorhouse said police believed there was a young woman present with the four men.

After the assault, they all left the scene in a vehicle.

“Police would like to hear from anyone with information that may assist our enquiries,” Moorhouse said.

Anyone with information can contact police on 105 or anonymously via Crime Stoppers at 0800 555 111.