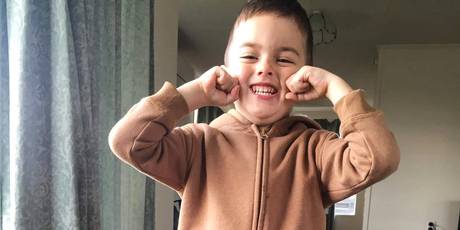 Malachi Subecz, 5, was murdered by his carer Michaela Bariball in November 2021. His death has prompted three separate inquiries. Photo / Supplied

A damning review has found a succession of Government agencies were unable to prevent 5-year-old Malachi Subecz from being repeatedly harmed and then murdered by his carer.

Children’s Minister Kelvin Davis has said the Government will adopt most of the recommendations, but warned that mandatory reporting could lead to a “flood” of unnecessary child abuse complaints.

“What’s clear from the findings is that the lack of a safety net to protect children most at risk from falling through the gaps failed Malachi and his family,” Davis said.

“This isn’t acceptable and agencies across the board need to do better.”

Malachi Subecz was killed by his carer Michaela Barriball in November last year. He was placed in Barriball’s care by his mother when she was jailed earlier in the year. Barriball pleaded guilty to Malachi’s murder and was jailed with a non-parole period of 17 years in June.

After Malachi’s death, a review was commissioned by the Corrections Department, New Zealand Police, and the education, children’s, health and social development ministries. The agencies wanted to know if the broader system for children could have done more to prevent harm to Malachi, identify any gaps in the system and make recommendations.

“My answers to those questions are, yes, the system as a whole could have done more to prevent harm to Malachi and, yes, there are five critical gaps across the system for children that can result in vulnerable children at risk of harm becoming invisible to those agencies,” said Dame Karen Poutasi.

“These gaps must be filled if the agencies are to gain and retain visibility of children at risk of harm and ensure they are protected in the future. The system has not been designed with layers of safety nets to eliminate gaps.”

Despite Malachi and his whānau interacting with no less than six government agencies, none were able to “penetrate and defeat” Bariball’s consistent efforts to hide the harm she inflicted on Malachi, which eventually led to his murder.

When Malachi was placed in the care of his mother’s friend in June last year, the courts had no authority to intervene or even oversee this decision or to alert Oranga Tamariki.

Barriball then contacted the Ministry of Social Development to apply for a parent’s benefit – another instance in which her care for Malachi was brought to the attention of authorities. MSD also later provided her with housing assistance at the Te Puna property she was living in.

The day after she became Malachi’s carer, his cousin made a report of concern to Oranga Tamariki.

This report of concern was closed after Oranga Tamariki received assurances from his mother in prison that she had no concerns. A photo from Facebook which allegedly showed bruising on Malachi was not considered compelling evidence of risk.

An internal review by Oranga Tamariki’s handling of the report of concern has concluded that it was a mistake to not to carry out a fuller investigation, Poutasi’s report said.

Davis revealed today that senior staff at Oranga Tamariki who were involved in the case no longer worked at the organisation.

A Department of Corrections probation officer also raised concerns with Oranga Tamariki about Malachi’s care, but a decision that this information should be passed to police never made its way back to the probation officer.

A member of the extended family sought to have Malachi placed in their care through the Family Court, but an expedited hearing date was delayed after Barriball made herself unavailable. Malachi was murdered before it could be rescheduled.

Staff at Malachi’s daycare centre asked Barriball about his injuries and were told he had fallen off his bike. Malachi said this was not the case and that he thought Barriball would be angry with him.

“Although staff at the centre took pictures of the injuries and the policy of the centre was to report such injuries, they did not.”

The daycare has since been closed.

Whānau also noticed burn marks on Malachi’s forehead at a family function, but when they questioned Barriball she falsely said he had seen a doctor about it.

Barriball and her father took Malachi to a medical centre for an autism assessment, but she did not mention a serious burn on his abdomen and no physical examination was done.

“During this period Ms Barriball sent text messages to her partner stating that, among other things, she hated Malachi and feared she would kill him, and to her sister and father saying she was too scared to take him to hospital or get medical attention in case she got into trouble.”

His abuse and death and the hands of his caregiver highlight ongoing holes in New Zealand’s safety nets for children, Poutasi said.

“These need to be addressed with urgency and determination.”

She identified five critical gaps in the child protection system:

Poutasi made a series of recommendations to prevent further tragedies.

“The death of Malachi was a heinous crime committed by Michaela Barriball,” she said.

“She has been imprisoned for life, but that cannot be the end of the response to Malachi’s tragic murder.”

Mandatory reporting would not be enough on its own, she said. It would need to be accompanied by guidelines which had clear definitions of red flags, and mandatory, ongoing training in identifying child abuse for all “mandatory reporters”.

Mandating reporting was required because more policies and procedures were not adequate, she said, noting that Malachi’s daycare had a policy of reporting abuse but did not follow it.

“How much longer must families and children wait for a system to understand and effectively use its own policies and procedures?” the report said. “We must create the certainty and compulsion to act now.”

Mandatory reporting has been considered before in New Zealand following the landmark Mason Inquiry, but was not introduced because of concerns about swamping the system with reports and fears that this would lead to inadequate investigation of allegations. Families may also be fearful of seeking help because of concern about their obligations to report them.

“I believe each of these challenges is real, but each is already in play to varying degrees and needs to be addressed regardless of whether mandatory reporting is introduced.”

Mandatory reporting systems were already in place in Victoria and New South Wales and New Zealand could use this as a basis for its own system.

Poutasi recommended that Oranga Tamariki vet any proposed carer when a sole parent was arrested or placed in custody.

“Currently, children of sole parents in custody can be in the care of another person without formal authority for long periods, with no consideration for their safety. This is not right and had terrible consequences for Malachi.”

If that recommendation was not adopted, children of sole parents who were being jailed should at least get legal representation, she said.

Davis said he accepted that the family and public will be looking for swift action but he wanted to be sure that any changes did not have unintended consequences.

“For example, mandatory reporting could see a potential flood of unnecessary reports. We need to find the right balance between reporting cases that need to be flagged and teachers and others reporting out of fear they might be penalised if they don’t.

“The process around vetting of caregivers for parents in jail needs to be considered carefully too, but we are committed to looking closely at the options and we will take action to help ensure something like this does not happen again.”

Poutasi said inadequate information-sharing across agencies meant abusers had been able to hide their harm. This was despite existing sharing arrangements being in place.

In its own review, Oranga Tamariki should have sought information from other Government agencies, Malachi’s whānau and community, the report said.

Efforts to join up medical records across the health sector should be given urgency, and emergency department and other hospital attendances should be linked to GP records. The Ministry of Health, Te Whatu Ora, and the Māori Health Authority should be included in the Child Protection Protocol between Oranga Tamariki and the police.

The final gap in the system was that its setting allowed Malachi to be invisible, Poutasi said.

“Malachi did not have a voice: he was not seen or focused on. We should have a child protection system that, across multiple agencies and our society, looks at and listens directly to the needs of the child themselves rather than just the adults around them.

“Children must be given a voice across the system that is intended to support their needs and that seeks to describe itself as child-centred. We need to turn this aspiration into a reality.”

Poutasi said her recommendations had already been made after inquiries into other children’s deaths, but they had been implemented inconsistently or had fallen away as attention subsided.

“As a society, we cannot continue to allow a cycle of abuse, review, outrage and distress – and then retreat from the difficult challenges.

“It is not acceptable we give up because it is too difficult. There must be sustained, determined and bold change.”

For this reason, she recommended greater priority for increasingly multi-agency, iwi and NGO partnerships in regions and communities.

“In my view, these collaborative teams extend and reinforce the child care and protection system and promote sharing critical information across a far wider range of sources. I believe these teams have been a key missing link, and inquiries of the past did not have the benefit of these new ways of working.

“They give me confidence that now is the time to make changes we have dismissed in the past such as mandatory reporting.”

She added: “Lastly, I want to acknowledge Malachi’s mother, whose trust was abused, and his family who tried to do everything they could to alert authorities to the risks he was facing. For them, as it should have been for others, it was always about Malachi.”

Death at the hands of a carer

Malachi was placed in Bariball’s care when his mother was jailed in late June 2021.

His cousin, based in Wellington, had initially believed Malachi would be placed in his care, but was advised that his mother had entrusted Bariball, her friend, with looking after him.

She and Malachi lived in a small cabin at the back of her family’s rural property in Te Puna in the Bay of Plenty.

The cousin raised concerns with Oranga Tamariki and later provided photos of Malachi with suspected bruising to the organisation, but he remained in Bariball’s care.

In November, Malachi was admitted to Starship Hospital in Auckland with significant injuries. Malachi died from his injuries 12 days later.

Poutasi’s review is one of three inquiries after Malachi’s death. Oranga Tamariki’s chief social worker Peter Whitcombe is also investigating the ministry’s role in the case.

An inquiry by Chief Ombudsman Peter Boshier, released in September, concluded that Oranga Tamariki had “failed to do the bare minimum” to help Malachi before his death.