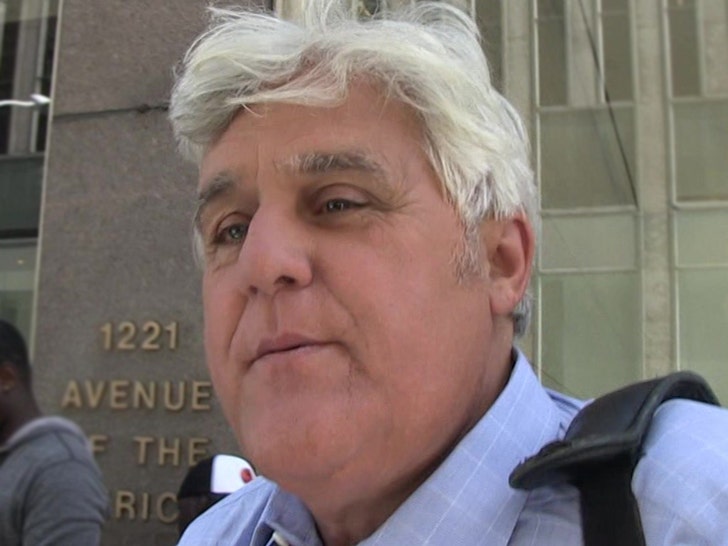 Jay Leno might not be out of the woods yet regarding his scary car fire incident … but the good news is the doctor who’s giving him treatment says things should be A-OK for the comedian.

Dr. Peter Grossman of the Grossman Burn Center in West Hills gave the much-anticipated update on Jay … saying during a press conference Wednesday he’s gone through one surgery so far to treat his burns, but has another one scheduled for later this week.

He confirms Jay suffered a mix of deep second and possibly third-degree burns to his face, hands, and chest … but believes his patient is on his way to making a full recovery.

TMZ broke the story, Jay was seriously burned while working on his 1907 White Steam Car in his Burbank garage over the weekend, fixing a clogged fuel line.

The comedian told us, from his hospital bed, there was a fuel leak — causing gas to spray on his face and hands. Almost simultaneously a spark triggered an explosion, setting the comedian on fire.

Dr. Grossman adds Jay’s a “kind and engaging” patient … and was even in great spirits recently — passing out cookies to the kids being treated at the hospital.