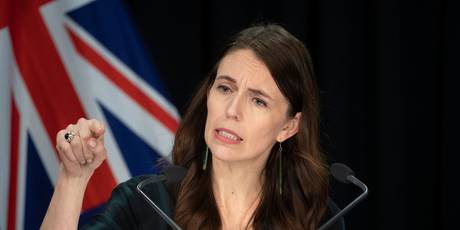 Prime Minister Jacinda Ardern will front her post-Cabinet press conference at 4pm today to discuss a way of honouring the victorious Black Ferns.

Sports Minister Grant Robertson has previously said the Government had talked to NZ Rugby about hosting an event at Parliament to celebrate the Black Ferns following their victory at the Rugby World Cup.

“That is what we are working towards,” Robertson said.

Ardern will be joined by Commerce Minister David Clark who will discuss legislation giving effect to the Government’s efforts to increase competition in the supermarket sector.

Ardern will also respond to the Supreme Court’s decision to declare the voting age inconsistent with the Bill of Rights on the grounds that it is unjustified discrimination on the basis of age.

This kicks off a process of both the Government and Parliament responding to the declaration over a process of about six months.

The Court determined that setting the minimum voting age at 18 had not been justified as a reasonable limit on people’s right to vote.

The Court cannot overturn New Zealand’s voting laws, which can only be changed by Parliament.

The voting age is an entrenched provision, meaning it can only be changed with a 75 per cent majority in Parliament or a referendum – unless a government threw political caution to the wind and repealed the entrenching provision with a simple majority.

This means that the most conventional way of changing the voting age would be for at least Labour and National to come together to change the voting age.

National has already said it is happy with the voting age where it is.

The Court’s decision triggers two responses, one from the Government and the other from Parliament.

The Attorney-General, David Parker, must notify the House of the court’s declaration within six sitting days after the declaration becomes final.

The Minister responsible, in this case, Justice Minister Kiri Allan, must present a Government response within six months of Parker notifying the House

The decision also triggers a process in Parliament. It means the issue must be referred to a Parliamentary select committee to consider and report on within four months.

There will also be a debate in the House on the declaration from the Court, the select committee report, and the Government’s response.

Rugby: New Zealand leg of Sevens World Series to be scrapped after 23 years