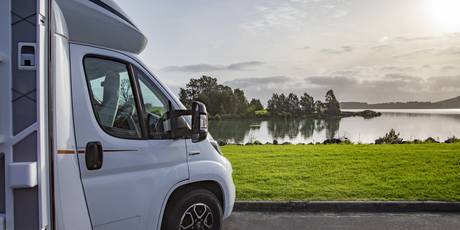 Private property owners are leaving their homes and moving into campervans to get away from unruly Kāinga Ora neighbours.

A Christchurch woman says she sold up to preserve her mental health, while a Coromandel couple have rented out their home to save their marriage.

The Christchurch retiree, who RNZ has agreed not to identify, said after enduring several years of noise and abuse, the straw that broke the camel’s back was when her neighbour’s car went up in flames on the driveway.

“The car was exploding, the tyres were exploding, the whole flames up the bloody fence. It was 20 feet away from my bedroom window. I was expecting the windows were going to get blown out.”

Soon after, she decided to sell up, but she could not afford another home.

“I shouldn’t have been put in that position. I shouldn’t have had to be in that situation, but for my own health and my own sanity, it was the better of the options. It was either that or stay there and just become a nervous wreck and wait for the next blimmin’ incident.”

The woman’s motorhome is now parked up at a campground.

“One partner wants to fix it but they can’t and you’re just affected. If affects your whole life and you wonder if you’re going a little crazy and relationships start to come under a lot of pressure and that’s what we found and we just had to get out or we wouldn’t be together anymore.”

The couple also opted for a campervan solution and have been living in one for a couple of years now while they rent their house out.

“Living in a motorhome was nowhere on our radar but life was hell, sleeping was hell, you know, trying to sleep with the dog and the music, it drove us crazy. It was really bad and we will never ever go back to that house to live ever.”

In relation to the Coromandel situation, Kāinga Ora confirmed it had received a number of complaints about its tenants’ behaviour over a 10-month period in 2018/19, which mostly related to noise.

“We spoke with our tenants following these complaints, working with noise control and police as needed, and encouraged the complainants to do the same. We have not received any complaints about the property in question for the past three years.”

Housing Minister Megan Woods said it was unacceptable for neighbours to put up with these highly stressful situations and Kāinga Ora took complaints very seriously.

This was why it had changed its policy earlier this year so the housing agency could respond more swiftly and effectively to disruptive behaviour in the small number of severe cases where it occurred.

“However, in challenging situations the process Kāinga Ora needs to follow does take time and often requires support from multiple agencies. I urge neighbours who are experiencing problems to continue to raise their concerns with Kāinga Ora as soon as possible, so they respond as quickly as possible. “

But that was little comfort to the Christchurch retiree.

Kāinga Ora has received about 6500 complaints but is yet to cancel any tenancies or evict a single tenant since it began to more vigorously enforce the law against unruly renters in February.

It has, however, moved 113 households, although it admits about half of those are its tenants who have chosen to move away from other disruptive housing agency renters.

Kāinga Ora is the landlord of last resort for about 200,000 New Zealanders about half of them children.