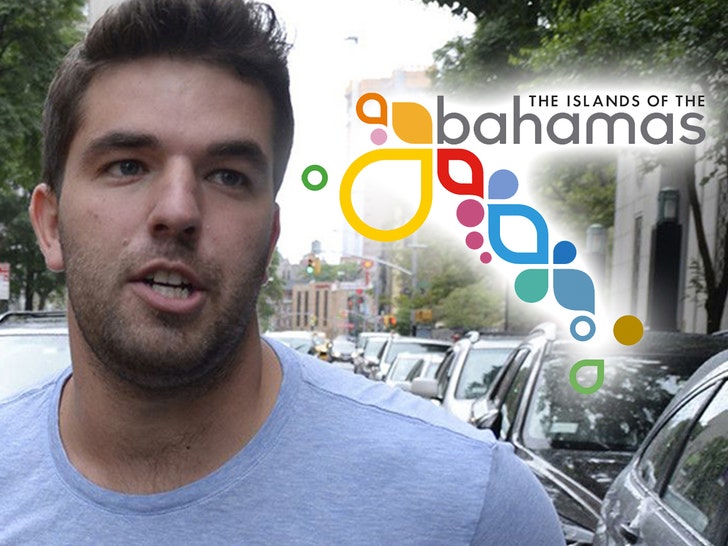 Billy McFarland, the man behind the infamous Fyre Festival, is apologizing to the Bahamas for the project gone wrong … and he says he wants to right his wrongs.

Billy fired off an apology letter to the Bahamian government Monday, hours after Deputy Prime Minister Chester Cooper said his nation wanted nothing to do with Billy’s next venture, which appears to be a treasure hunt in the Bahamas. 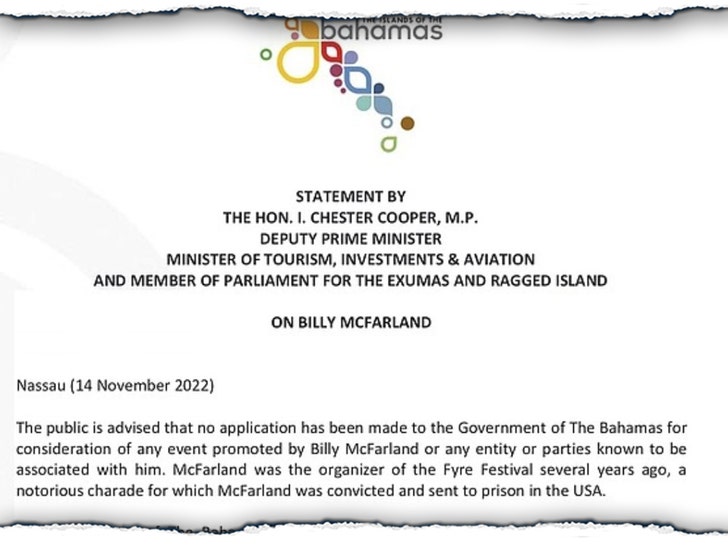 In the letter, obtained by TMZ, Billy doesn’t mention Fyre Fest by name … but he opens by saying, “I am writing to you to profusely apologize for my actions 5 years ago. I was completely wrong and I wholly regret my actions.”

Billy mentions his prison release and time served — he ended up pleading guilty to 2 counts of wire fraud over the disastrous failed event and served 4 of his 6-year sentence behind bars — and says, “my main focus is how I can right my wrongs and how I can make the Bahamas and Family Islands, a region I care so deeply about, whole again.”

BF says he’s kept in contact with folks in the Bahamas over the years and writes … “Their generosity and kind hearts have been a constant guide and motivation for me. I have been re-engaging with the families of the islands to see what I can do to begin making amends.” 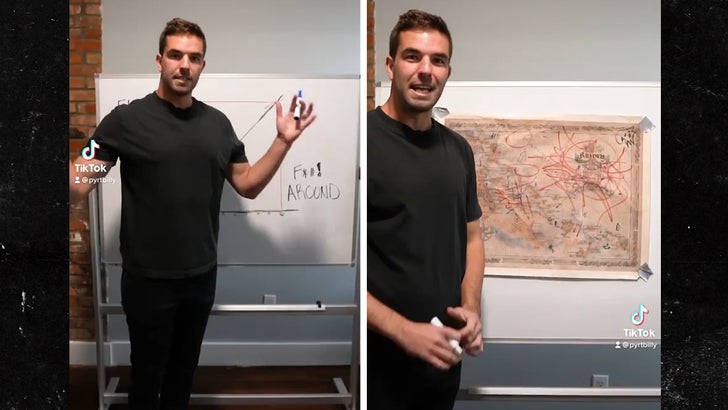 As we reported … Billy recently teased his latest venture, which our sources said involved another festival, among other things in the near future. His TikTok video teasing the project showed a treasure map and made it look like he’s planning something else in the Bahamas, something the government there is not taking kindly.

Billy’s not offering any more specifics on what he’s got cooking, though, writing … “I don’t have much right now, but I am committed to make these families whole as soon I am allowed. I ask for guidance on whom to speak with to begin my journey to do right by the incredible people of the Bahamas and Family Islands.”

Billy ends his plea with another apology … “I truly acknowledge the hurt I caused to the people, and region, and I will spend the rest of my life working to right my wrongs.”

Meanwhile, Billy keeps posting videos about his latest Bahamas event … so he’s not giving up.