Following allegations of an affair, Adam Levine
& Behati Prinsloo were spotted together.

Allegations of an affair between Adam Levine & Behati
Prinsloo and More Information!

When things go our way, they may simply slip out of our
control and become very difficult to manage. One criticism levelled against
them is that everything becomes ruined, whether it be their chosen work path or
the happy family life they are living.

Recently, there were some accusations circulating about
Adam Levine cheating on his expectant wife Behati Prinsloo. However, to dispel
all of these suspicions, they were both spotted grinning and joyful as they
picked up their children from school.

When it comes to love in Hollywood, Adam Levine &
Behati Prinsloo have always been seen as the ideal couple. They already have
two children and will soon become parents to a third. They never feel timid
when it comes to declaring their love in front of others, and they make an
effort to strike a balance between the two.

The couple wed in 2014, and Dusty Rose, their first child,
was born in 2016. After announcing the first pregnancy in March 2016, the pair
has recently made appearances in a few significant occasions. The newborn
infant napping on Adam Levine’s chest was captured in the cutest photo ever
published by the singer.

In September 2017, Behati Prinsloo discovered she was
expecting Adam Levine’s second child. Similar to how she is currently
announcing her third child, she used social media to announce her pregnancy by
posting pictures of her growing baby belly. They welcomed a baby daughter into
their lives in 2018.

Behati Prinsloo and
Adam Levine are expecting their third child. 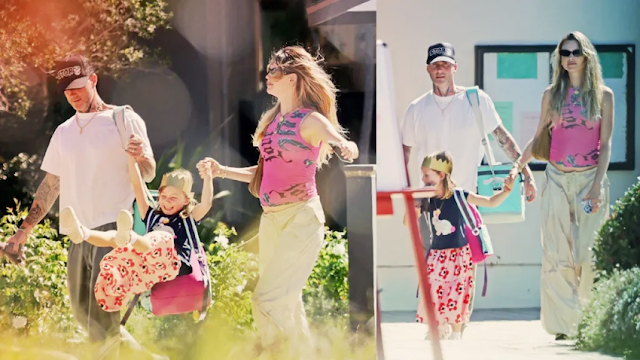 Behati Prinsloo revealed the news of the couple’s third
pregnancy in a series of Instagram images that showed off her growing baby
bulge. She appeared in the photographs sporting a patterned top and baggy jeans
with her tummy exposed to the sun.

It was initially rumoured that the couple was having a
child, but in September 2022, it was officially confirmed.

Following all of these circumstances, when a rumour enters
their existence. Several women with whom Adam Levine had affairs posted
accusations that he had cheated on his marriage with other women on Instagram.

Regarding the response, only Adam has appeared on social
media to deny all of these accusations, claiming that he has never had an
affair and has never flirted with anybody other than his wife.

When one of the ladies who had been involved in his
betrayal of Behati Prinsloo came forth on Instagram, she said that Adam Levine
had expressed interest in seeing her in the n*de. Another woman joined us and
described some of the inappropriate texts she has received from Adam Levine.

Before being married to Behati Prinsloo in 2014, one of the
women returned and showed off some screenshots of their communications from the
years 2007 to 2010.