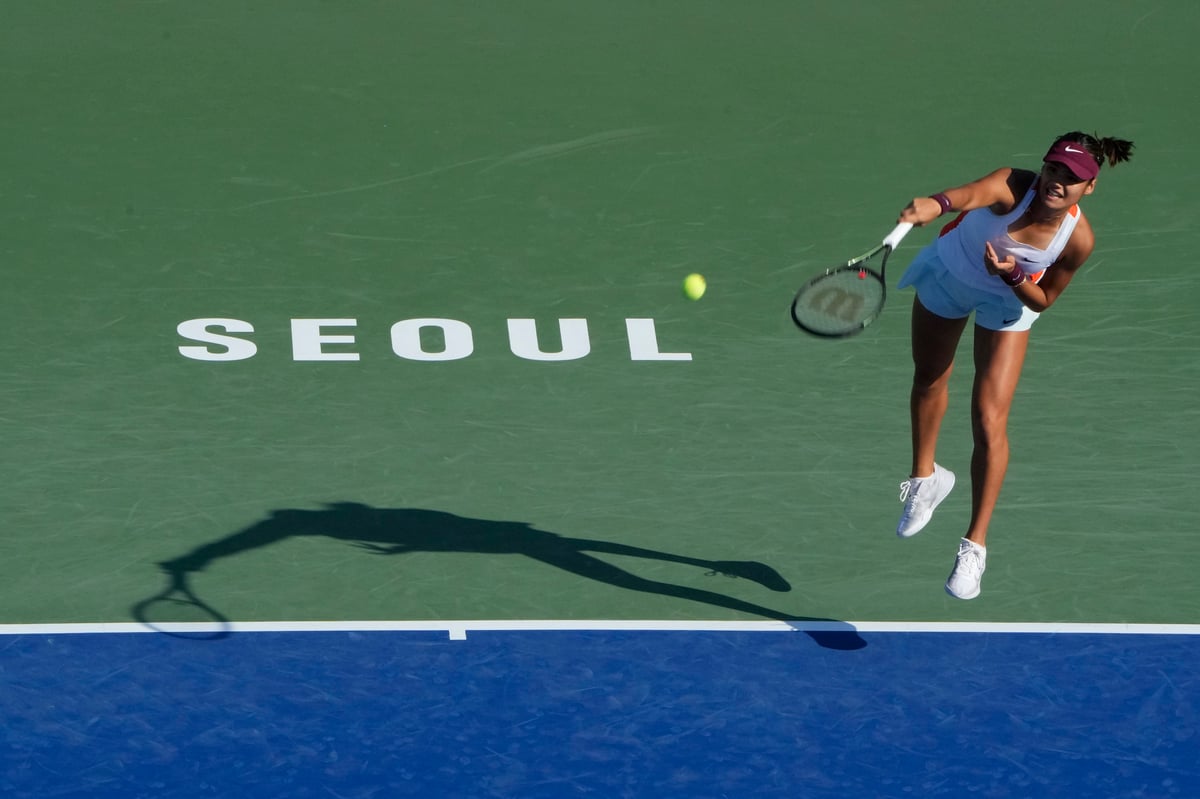 The British number one and tournament sixth took an hour and 40 minutes to continue rebuilding after her recent first-round elimination at the US Open, the event that propelled her to stardom last year.

Last week’s Slovenia Open lasted just one round longer, but in Seoul she showed the determination needed to overcome a comeback from Wickmayer as a 4-1 lead in the second set ebbed away.

Former world No. 12 Wickmayer had fallen in the rankings to No. 460 after taking a spell out of the game after giving birth to her first child in 2021, but she was a dangerous opponent who grew stronger in the match.

Raducanu, who meets Magda Linette of Poland in the last eight, couldn’t make the most of a break point in game three but she dominated the fifth and won without dropping a point to gain a decisive foothold in the opener.

But on the next serve, her former composure faltered and she made a double fault at the crucial moment to concede the lead.

But Wickmayer wobbled on serve again and Raducanu took full control of the ninth, winning the set through a mix of command shots and her opponent’s errors.

It took Raducanu guts, an ace and an excellent forehand to maintain her advantage as the second set opened with an 11-minute play and she quickly took a 3-0 lead.

A collapse followed as 3-0 became 4-3 and despite an excellent backhand pass executed on the run, Raducanu came under heavy pressure from the determined Belgian.

Every point had become a battleground but the match point came in the 12th and when Wickmayer sent a long shot she was in the last eight.

Raducanu is now fully focused on her next opponent, Linette, who arrived in Seoul after losing to Linda Fruhvirtova in the Chennai Open final.

When asked about the tournament’s top seed Jelena Ostapenko, the 19-year-old Brit narrowed her focus.

“It’s so important to take it one game at a time because Linette is a challenging opponent,” she told reporters.

“She made it to the final last week and she’s really experienced. She’s had many, many more years on the road than I have.

“I’m so focused on this game right now and not thinking about what’s ahead.

“Of course Yelena Ostapenko is a great player, but I’m not really thinking about her now.

“I’m more focused on recovering as much as possible and trying to do my best tomorrow (Friday).”

View the stories that matter, right from your inbox

What is Tiffany Haddish's Net Worth in 2022?