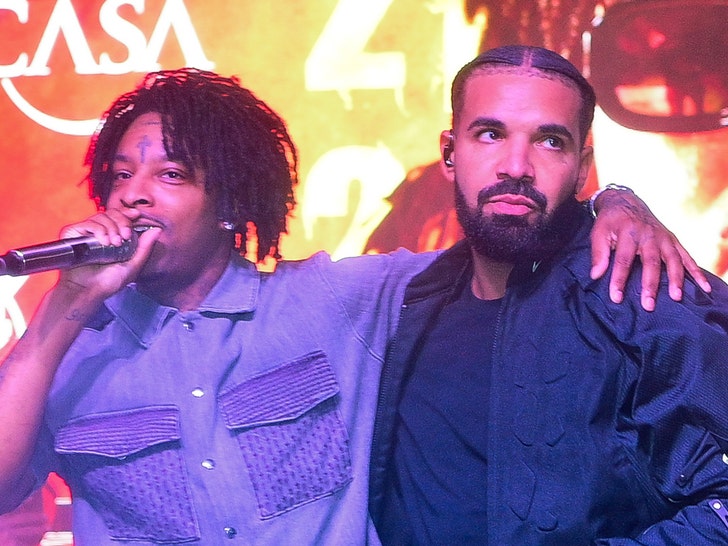 Drake was toting a camcorder for weeks leading up to his and 21 Savage‘s No. 1 album “Her Loss,” and now that footage’s coming out in their “Rich Flex” music vid — a party romp featuring various celebs and pro athletes.

The visual lives up to his exorbitant billing — Drake captured A-1 activities ranging from courtside at a Toronto Raptors game with head coach Nick Nurse and DeMar DeRozan to soaking up Jack Harlow‘s “Come Home The Kids Miss You Tour” … where the “First Class” rapper stopped the show to give him a special shout out.

Drake also got exclusive footage of Lil Wayne‘s grill during his surprise set at this year’s Weezyana Fest, and Lil Yachty is also spotted in the clip … having brought the Wock back from Poland.

Drake and 21 might have royally pissed off Megan The Stallion, Serena Williams, Nas and Kodak Black with their album rollout, but their antics paid off in Billboard and streaming numbers.

And, it’s on pace to do big numbers to the tune of 170K+ in its second week … so you can probably expect an even richer flex soon!!!