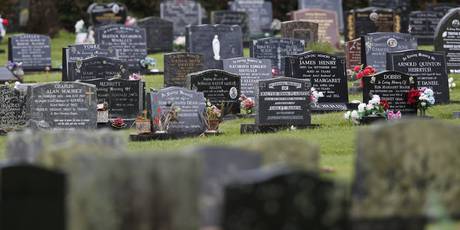 New Zealand has just recorded its highest death count in a 12-month period – driven by the Covid pandemic and our ageing population.

Statistics New Zealand today released its year-on-year update on births and deaths between September 2021 and September 2022.

Of these, 5 per cent – or 2025 deaths – were attributed to Covid, according to the Ministry of Health data.

Factors in the marked rise include the highly contagious Omicron variant sweeping through New Zealand at the start of this year, taking a deadly toll on our most senior citizens alongside our ageing population.

This year’s record tally follows an earlier period in the pandemic when the Government’s strict border control measures saw an absence of seasonal respiratory illnesses circulating in the community in 2020.

Today’s data aligns with the arrival of the Delta variant in New Zealand, which saw a four-month-long lockdown of northern regions and a nationwide vaccination campaign to protect against the virus.

By the end of the Delta outbreak, and before Omicron had entered the community in February this year, Ministry of Health data showed 51 deaths were attributed to the virus.

That number started swelling in March once the Omicron outbreak took hold throughout New Zealand.

Today’s numbers show that, despite the outbreak, the age of those dying in 2022 mirrored the mortality of those in pre-Covid 2019 other than a small and expected increase in our very eldest.

Stats NZ population estimates and projections team insights analyst Rebekah Hennessey said they always expected to see an increase in deaths but the impact of the pandemic and other winter illnesses had caused a jump.

“New Zealand has an ageing population and so we’re having reasonable increases in the number of people reaching those older ages where people are more likely to die,” said Hennessey.

“However, it has been a bigger increase than just the impact of the ageing population.

“The impact of Covid and other winter illnesses that have gone around have had an impact on the number of deaths and caused that jump.”

Hennessey said the increase in deaths both from Covid and other causes mostly affected people aged 85-plus.

And Hennessey said that would continue for the foreseeable future.

“In the long term, deaths are projected to keep increasing but it’s a result of the ageing population and not pandemics.

“The sharp increase that we’ve seen recently is not what we would expect but we do expect the number of deaths to keep increasing.”

The high 12-month death rate comes as New Zealand faces a third Omicron wave, with health officials warning rates of infection could see up to 11,000 new cases a day and up to 100 people in hospital in coming months.

Cases in recent days have topped 4000 and deputy director general of health Dr Andrew Old warned of an uncertain outlook for summer as a cocktail of new variants circulated across the country.

He advised people to get booster shots before going on holiday and to stay home if people were ill.

Fertility rates also fell, dropping to 1.65 births per woman from 1.66.