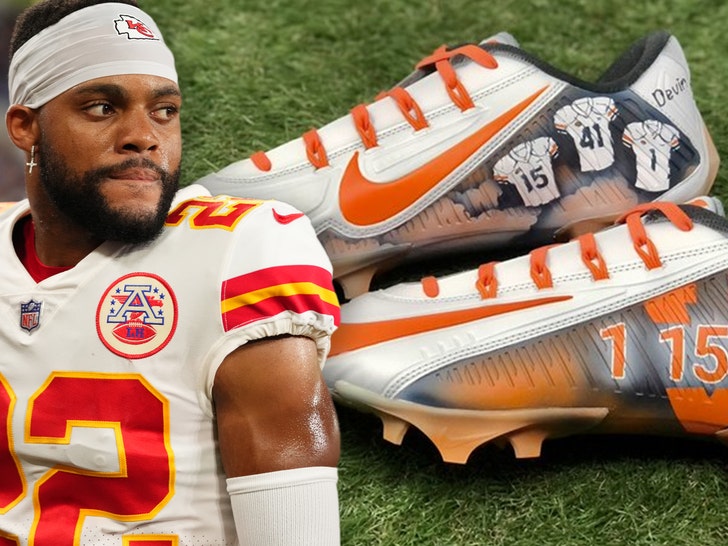 Chiefs defensive back Juan Thornhill will honor the lives of the three UVA football players who were tragically killed last weekend … by wearing custom tribute cleats during K.C.’s primetime matchup on Sunday night.

Thornhill — who attended UVA before he was drafted into the NFL in 2019 — showed off what the spikes will look like on his social media page on Wednesday … and they’re amazing. 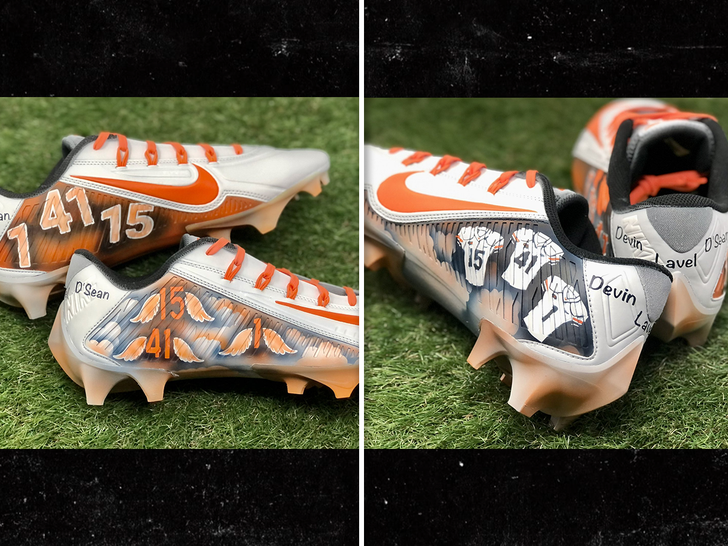 The shoes feature the Cavaliers’ blue and orange colors … and also have the names of the three victims — D’Sean Perry, Lavel Davis and Devin Chandler — etched into them.

The trio of football players’ jersey numbers, surrounded by angel wings, were also painted onto one of the sides. The other side, meanwhile, has replicas of the guys’ UVA jerseys.

“1.15.41 👼🧡💙,” Thornhill tweeted while announcing the fashion choice. “Wearing these Sunday to celebrate you 3.”

As we reported, the football players were gunned down on campus after returning from a class field trip on Sunday night. Two others, including Cavaliers running back Mike Hollins, were shot in the incident as well — though both survived. 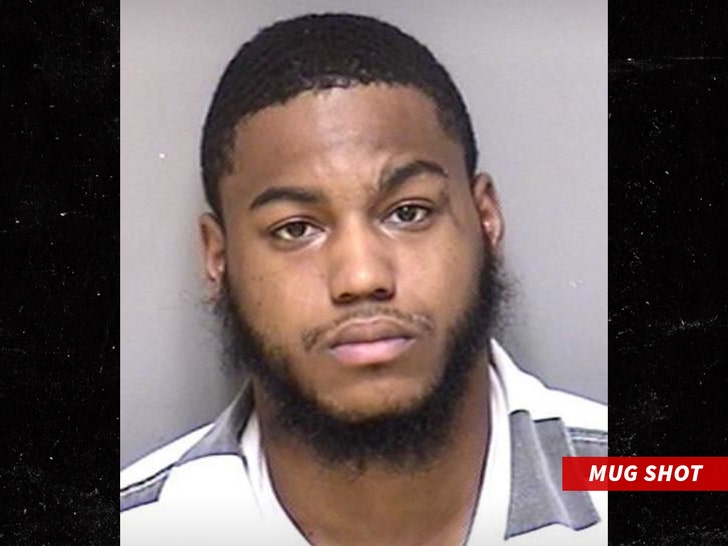 Former UVA running back Christopher Jones Jr. — who actually played with Thornhill at the school in 2018 — has been arrested and charged in connection with the killings.

Thornhill and the Chiefs will kick off their “Sunday Night Football” game against the Chargers at 5:20 PM PT.