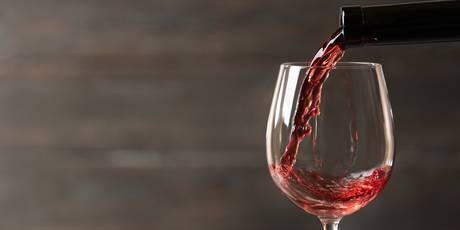 The volume of alcohol available to drink in New Zealand has slowly decreased over time, according to new Stats NZ data. However, additional analysis by other agencies shows some measures of recorded harm connected to drinking in New Zealand appear to be increasing.

Analysis by the Herald of Stats NZ’s latest data on alcohol available for consumption shows there is 12.3 per cent fewer litres of alcohol available per adult in New Zealand today than there was around a decade ago.

Despite this, separate analysis by the New Zealand Drug Foundation and a US university show that instances of alcohol overdose deaths and alcohol use disorder in New Zealand have increased.

Stats NZ’s data also shows spirits and spirit-based drinks have overtaken wine in popularity and almost matched beer. The wide gap that traditionally existed between beer and spirits has narrowed; in the latest data, there was 3.09 litres of alcohol in spirits on offer to each New Zealand adult compared with 3.36 litres of alcohol in beer.

The increase in alcohol in the “spirits” category overall comes amid a rapid rise in the availability of lower-alcohol spirits and spirit-based drinks, including RTDs.

Alcohol Healthwatch, an organisation focused on reducing alcohol-related harm, said the rising popularity of RTDs was “concerning” and associated with an increase in targeted marketing.

The latest data on alcohol available for consumption was released by Stats NZ last month and records the volume of beer, wine, spirits and spirit-based drinks available in New Zealand rather than actual consumption.

Alcohol Healthwatch executive Dr Nicki Jackson said this measure was considered as a proxy for consumption.

“Given that we see spikes in the data come Christmas, it’s a good indicator of the amount of alcohol that is going to be consumed.”

To enable comparison between beverages, Stats NZ reports the number of litres of alcohol in a beverage type.

The most recent peak in the availability of alcohol per adult in New Zealand was in 2011 with 10.42 litres. It has generally decreased ever since.

Despite this, analysis by a US university showed some measures of reported harm connected to alcohol consumption have surged in New Zealand while more local analysis also showed alcohol-related overdoses have increased sharply.

This ongoing analysis of alcohol-related harm uses different time periods but the general trend is an increase.

An analysis by The University of Washington as part of its Global Burden of Disease study of global alcohol use disorders shows the share of the population in New Zealand with an alcohol use disorder has increased significantly since 2005 from 1.73 per cent to 3.44 per cent in 2019.

The Ministry of Health said it provided information from the New Zealand Health Survey to support the study, including information about hazardous drinking based on the Alcohol Use Disorders Identification test question set developed by the World Health Organization and asked as part of the Health Survey.

Meanwhile, additional analysis from the New Zealand Drug Foundation released last month showed deaths by alcohol overdose have increased from 17 in 2019 to 42 in 2021.

Stats NZ’s alcohol consumption data splits the spirits category by either containing more than or less than 23 per cent alcohol.

The “spirits containing not more than 23 per cent alcohol” category, which includes spirit-based drinks like RTDs, has shot up since the mid-90s when around 2.5 million litres was available to 85.5m litres in the latest data.

“The industry has evolved to using a health halo around their RTDs. RTDs had that bad reputation of being totally sugar-laden.

“Now they’re trying to market them as being this low-sugar alternative and there has been a real growth in that market.”

“I want to see those numbers come down, and substantially.”

Green MP Chloe Swarbrick, who drafted the Alcohol Harm Minimisation Bill introduced in June, was dissatisfied with the granularity of data on alcohol consumption, noting a lack of contextual evidence of the proliferation of on- and particularly off-licences over the past 15 years.

The following month the government announced plans to help councils set rules for alcohol sales in their own neighbourhoods, as the first move in a series of planned reforms.